Stencil is also called SMT Stencil, a specific mold for SMT. PCB stencils help to apply solder paste to PCB boards during the reflow soldering process, to transfer the exact amount of solder paste to the exact location on the circuit boards. The stencil is placed on the surface of the PCB and then the solder paste is applied. 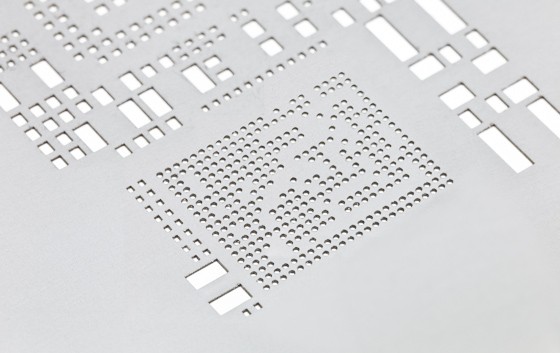 PCB stencils are usually created from the same design files with manufacture the PCB. If using the Gerber file, the Top Paste (.GTP) and Bottom Paste (.GBP) files will be used.

The original stencil was made of iron / copper, but later stainless steel replaced them, which is now the stencil (SMT Stencil). According to the production process, the SMT stencils can be divided into: Laser Stencil, E.P. Stencil, E.F. Stencil, Step Stencil, Bonding Stencil, Ni.P. Stencil and Etch Stencil. Stencil production processes are: chemical etch, laser cutting, electroform.

The thickness of the stencil determines the paste density. The typical thickness includes 0.12mm and 0.15mm.