Unlock the Secrets on the PCB Boards

For PCB, now it is widely used in many fields, but do you really know PCB? Here I introduce you to the small knowledge about PCB. If the different colors of the PCB affect its performance, whether there is any difference between gold plating and silver plating on the PCB; the following will explain each one.

For PCB, there are various kinds of colors for choice, the electronic hobbyists can choose as they like. The most common colors of PCB are green, blue, black, red, purple, white and yellow. And some PCB manufacturers also can supply Pink. It is really very beautiful color. 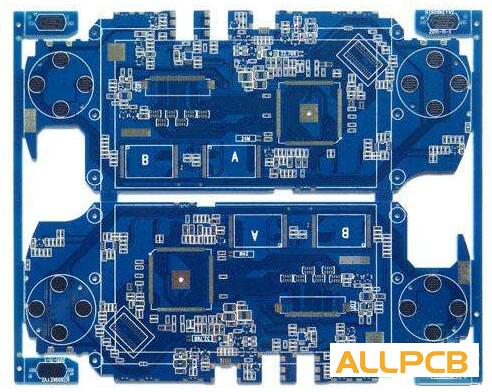 In the traditional impression, the black PCB seems to be positioned at the high end; we know that both sides of the PCB are copper layers. In the production of PCBs, the copper layer is manufactured by addition or subtraction, and finally a smooth and unprotected surface is obtained. Although the chemical properties of copper are not as active as aluminum, iron, magnesium, etc., in the presence of water, pure copper and oxygen are easily oxidized; because of the presence of oxygen and water vapor in the air, the surface of pure copper is in contact with air. The oxidation reaction will occur soon. Since the thickness of the copper layer in the PCB is very thin, the oxidized copper will become a poor conductor of electricity, which will greatly impair the electrical performance of the entire PCB.

In order to prevent copper oxidation, and to separate the soldered and non-welded parts of the PCB during soldering, and to protect the surface of the PCB, engineers invented a special coating. This coating can be easily applied to the surface of the PCB to form a protective layer with a certain thickness and to block copper and air contact. This layer of coating is called a solder mask and the material used is a solder resist.

Since it is called lacquer, it must have a different color. Yes, the original solder resist can be made colorless and transparent, but the PCB often needs to print small text on the board for maintenance and manufacturing convenience. The transparent solder resist can only reveal the background color of the PCB, so that the appearance is not good enough whether it is manufactured, repaired or sold. So engineers added a variety of colors to the solder resist, and finally formed a black or red, blue PCB.

Black PCB is difficult to see the trace, which brings difficulties for maintenance

From this point of view, the color of the PCB has nothing to do with the quality of the PCB. The difference between a black PCB and a blue PCB, a yellow PCB, and other color PCBs is that the color of the solder resist on the final brush is different. If the PCB design and manufacturing process are exactly the same, the color will not have any effect on the performance and will not have any effect on the heat dissipation. Regarding the black PCB, since the surface traces are almost completely covered, it causes great difficulty in the later maintenance, so it is a color that is not convenient to manufacture and use. Therefore, in recent years, people have gradually reformed, abandoned the use of black solder resist paint, and turned to use dark green, dark brown, dark blue and other solder resist paint, in order to facilitate manufacturing and maintenance.

Having said that, everyone has basically understood the problem of PCB color. The reason why "colors represent high-end or low-end" is that manufacturers prefer to use black PCBs to make high-end products, which are caused by red, blue, green, yellow, etc. To sum up one sentence: the product gives the meaning of the color, not the color gives the meaning of the product.

What are the benefits of using precious metals such as gold and silver on PCBs?

The color is clear, let's talk about the precious metals on the PCB! When some manufacturers promote their products, they will especially mention that their products use special processes such as gold plating and silver plating. So what is the use of this process?

The PCB surface requires soldering components, requiring a portion of the copper layer to be exposed for soldering. These exposed copper layers are called pads, and the pads are generally rectangular or circular with a small area. In the above, we know that the copper used in the PCB is easily oxidized, so after the solder resist is applied, the only copper exposed on the pad is exposed to the air. If the copper on the pad is oxidized, it is not only difficult to solder, but also the resistivity is greatly increased, which seriously affects the performance of the final product. So, engineers came up with a variety of ways to protect the pads. For example, it is plated with inert metal gold, or a layer of silver is chemically coated on the surface, or a special chemical film is used to cover the copper layer to prevent contact between the pad and the air. 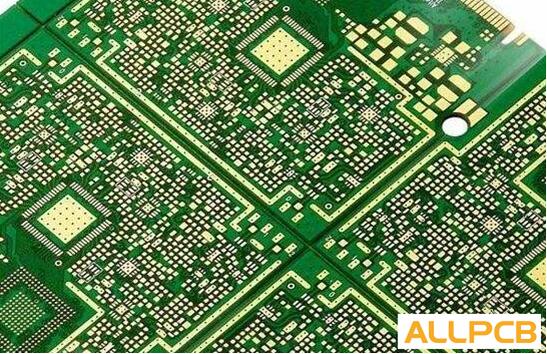 The exposed pad on the PCB, the copper layer is directly exposed. This part needs protection to prevent it from being oxidized.

For this, whether it is gold deposit or tin spray, mainly to prevent oxidation, thus protecting the pad, so that the product can have a better yield. Of course, storage conditions are different. Usually, after the board is finished, vacuum packaging is used to ensure that PCB does not suffer from oxidative damage. And before assembly, it is necessary to check the degree of oxidation of PCB again, and remove the oxidized PCB, so that the product can be completed better. And for the final user, the general pad and welded parts will have no effect and it can be used for a long time.

We know that the biggest factor affecting calorific value is resistance. The resistance is related to the material of the conductor itself, the cross-sectional area and length of the conductor. The thickness of the metal surface of the pad surface is even much lower than 0.01 mm. If the pad is processed by OST (Organic Protective Film), there is no excess thickness at all. The resistance shown by such a small thickness is almost equal to 0, and even cannot be calculated, of course, it does not affect the amount of heat generated.