Many people who design circuit boards generally use AD software. Whether it is schematic or PCB layout, AD is used. In fact, everyone knows that AD (Altium Designer) software is an upgraded version of Proitel. After work, the first thing to enter the company is to learn the Cadence software and use it to design schematics and PCBs.

Personally, it is simple to draw a schematic with it, but if you draw a PCB, you can study hard. Because a component package has a bit of technical content, although he also has the function of automatic drawing and packaging similar to AD software, it is not recommended by individuals. Why, because the average senior engineer said that only he knows how to draw a package is the best, sometimes the fool-like operation may cause a certain waste of resources, and will be slowly described later.

Reason: When I designed a few read/write lines of Oled's schematic diagram, I didn't pay attention to the match. I misplaced the three lines of DC, RES and WR. The electrical properties behind were not updated in time, and all were misplaced. The result is that the code is written, the screen is hard to light up, I carefully analyzed it later, it is estimated that there is a problem with the hardware of the PCB, then I opened the PCB file, and then carefully analyzed these key signal lines, and found that It is really a problem with the design of the hardware.

How to solve it, these lines are all IO port simulation, there is no special read/write line and chip select line, so just put the corresponding code pin configuration. Later, I reconfigured the corresponding pins to work properly. Therefore, I am very happy with this experience, because this avoids the same mistakes in the future, especially the multi-layer board or the board with high price comparison.

If such a problem occurs, it will be finished, because this is a fatal mistake. Flying lines may not be solved, especially if these lines must be a specified number of lines, then it is troublesome. After designing the circuit diagram in the future, you must pay attention to whether the matching port and the text match, and sometimes the text may be moved, causing problems.

2.The Serial Port Is Not Tuned.

When I designed the serial port myself, because it was used for backup, I used the following scheme: I used several zero-ohm resistors to make two choices. Because of the latter debugging, sometimes using TTL levels, sometimes 232 levels are required, so for greater compatibility, this option was chosen.

PCB layout and routing method skills. It should be noted that the size of the aperture D in the pad is different and should be considered according to the diameter of the actual component lead, such as component holes, mounting holes and slots.

The pitch of the pads should also be considered according to the installation method of the actual components. For example, resistors, diodes, tubular capacitors and other components have "vertical" and "horizontal" mounting modes. The pitch of the two methods is different. In addition, the design of the pad pitch should also consider the minimum gap requirement between components, especially the gap between special components needs to be ensured by the pitch between the pads. 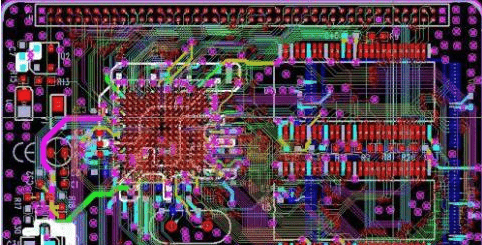 In high-frequency PCBs, the number of vias should also be minimized, which reduces the distributed capacitance and increases the mechanical strength of the PCB. In short, in the design of high-frequency PCB, the design of the pad and its shape, aperture and pitch should be considered in consideration of its particularity and the requirements of the production process.

Adopting a standardized design can not only reduce product costs, but also improve production efficiency while ensuring product quality. 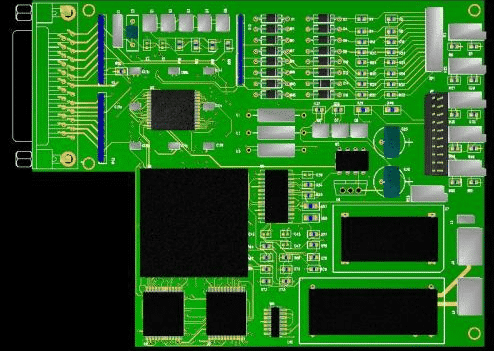 The main purpose of copper coating is to improve the anti-interference ability of the circuit. At the same time, it has great benefits for PCB heat dissipation and PCB strength. The copper grounding can also play a shielding role. However, it is not possible to use a large-area strip of copper foil because it generates a large amount of heat when the PCB is used for a long time. In this case, the strip-shaped copper foil is liable to expand and fall off. Therefore, it is preferable to use a grid when applying copper. The copper foil is connected to the grounding network of the circuit, so that the grid will have a better shielding effect. The size of the grid is determined by the interference frequency to be shielded.

After completing the design of the wiring, pads, and vias, DRC should be performed. The difference between the designed map and the defined rules is detailed in the inspection results, and the network that does not meet the requirements can be found. However, the DRC should be parameterized before wiring to run the DRC, that is, execute the Tools Design Rule Check command.