There are a lot of eda software circulating in the market, and the advantages and disadvantages are different. We only talk about the most widely used ones.

Undoubtedly the earliest contact with eda software, protel software courses in most universities, but have to admit, protel is indeed one of the lowest-end software in the eda software family, making a single panel, two-layer board can still be handy But the 4th floor is starting to feel bad, and more layers don't need to be said. If you are facing high-frequency and high-speed multi-layer boards, people who can use protel to make high-quality boards are quite good :)

Protel will not be eliminated in the future. It is still quite a market for people who use protel. However, it is recommended that you get in touch with other software with better functions as soon as possible.

That is powerpcb, I call it the innocent king in the low end, it is the best one I think in all low-end pcb software, easy to use, easy to use, the quality of the board will not be better than wg, allegro, etc. Inferior, now the most widely used eda software on the market, suitable for most small and medium-sized businesses

Orcad's pcb is worse than protel, but orcad's schematic design part of capture CIS is regarded by the industry as one of the best schematic tools, the interface is good-looking, easy to use, easy to operate, simulation and other powerful, if compared with dxdesigner In terms of use, I think it is the upper hand, but dx has very good management functions, integrated environment, schematic multiplexing and other functions. 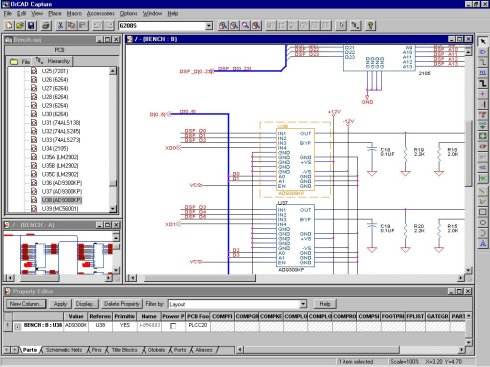 Mentor's products, the latest out of WG2004, based on the windows platform, in the case of a few high-end software in terms of functional advantages, only the software is good software, and WG2004 is the most Cool software, known as the king of cable, its automatic routing function is very powerful, wiring rules design is very professional, expeditionPCB is the core part of WG pcb, WG2004 contains epd2004&library manager&expeditionpcb 3 parts

The same as the product of Mentor, the latest EN2004, because it is based on the Unix platform, and there is no Chinese textbook on the market, the software is difficult to learn, which makes many people discouraged; its professional level determines that it is not suitable for small and medium-sized enterprises. Especially for small businesses, because there is no such need, a bowl of water can be extinguished. It is necessary to climb the mountain and go to the farther river to get it. Right, this software was originally designed for large enterprises, so there is no This needy friend does not have to bother and effort, if the work needs it, it is another matter, its pcb is expeditionpcb, the schematic is epd2004, basically no difference wg, its most important is the integrated management system

Schematic design software: ORCAD will be available, and the supported Netlist is much more than the industry standard. 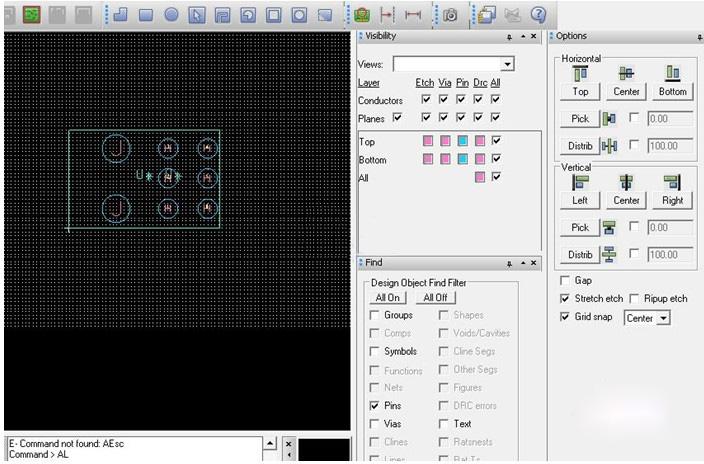 Now push Altium Designer. The mainstream of low-end domestic design, no one in foreign countries. Easy to learn, suitable for beginners, easy to get started; takes up more system resources and requires higher computer configuration. There are still quite a few people who use protel in China. After all, the hardware circuit design of small and medium-sized companies is mostly low-end. However, it is recommended that you get in touch with other software with better functions as soon as possible. Don’t always be at a low level, the salary is not very Friendly!

The PADS software is also quite a lot of people, easy to use, easy to use, personal feeling is not much better than Protel. Suitable for low-end design, it is called the innocent king in the low end. The most widely used eda software on the market today is suitable for most small and medium-sized businesses. It does not have its own simulation. When doing high-speed boards, it must be combined with other special simulation tools, such as hyperlynx.

The actual industry standard in high speed board design. No matter which aspect is over the cow. The PCB Layout tool is absolutely superb. After a little familiarity, you no longer want to use other tools, and the wiring is super cool. The simulation aspect is also very powerful, with its own simulation tools, signal integrity simulation, and power integrity simulation. In the doct of pcb high-speed board firmly occupy the dominance. To know that 60% of the world's 60% of computer motherboards can be painted with Allegro! Now I am doing the board, whether it is simple or complicated, I use this, and the small board can get it in one day. Cooked, it is quite cool.

Slightly inferior to CADENCE, but also a top-level tool for high-end circuit design, as well as its own simulation tools. However, its supporters in China are still relatively small, not as much as Cadence.

Each software has its own merits,it’s difficult to define if they are good or not, only skilled software can be used. If uniform standards and standards are needed, it needs to change.

Let’s take a look at the tools used by some big companies:

There were more than 1,000 EDA companies in the early days, and then developed to about 10, of which Cadence, Mentor, and Zuken are mainly high-end products. Their software requirements are running on workstations, the operating system is UNIX, and it is expensive. Because there was EDA software in the 1980s, only UNIX supported the graphical interface at that time, and the performance of the workstation was much higher than that of the PC, so it has continued to this day, and now the big companies still use workstations. Protel, PowerPCB is mainly for low-end users, the configuration requirements of the computer is not high, and generally run under Windows. A general PC can meet the requirements very well.

With the continuous improvement of CPU and related computer hardware levels, Cadence, Mentor, and Zuken began to launch products under Windows. In this regard, Cadence is going faster. It seems that it was like 2000. Due to the bursting of the Internet bubble, the EDA industry has been reshuffled, and several companies have been reorganized!

In terms of market share, Mentor is now the highest, Cadence is second, and Zuken is third. With a single PCB tool, Allegro should have the highest software share among high-end users in China. Secondly, PowerPCB and Protel use more people in mainland China.