In our production processing, first we will have to check if the Gerber files provided by customers are in good format and correct for manufacturing, and we often find there are different kinds of problems in design. There are some common problems in the designs.

1. The Overlap of the Pads

2) The two holes in the multi-layer board overlap, for example, one hole is the isolation plate, and the other hole is the connection plate (flower pad), so that the negative film is formed as a spacer disk,as a result, resulting in scrapping.

2. The Abuse of the Graphics Layer

1) Some useless connections were made on some graphics layers. The original four-layer board was designed with five or more layers, which caused misunderstanding to manufacturers.

3. The Wrong Placement of Characters(Letters)

The character cover pad SMD soldering piece brings inconvenience to the on-off test of the printed board and the soldering of the component. Which can often happens in PCB design, and most of case, manufacturers will ignore the characters which on SMD pads.

Or some printings are even overlapped, which make confusion to manufacturers how to make the characters. 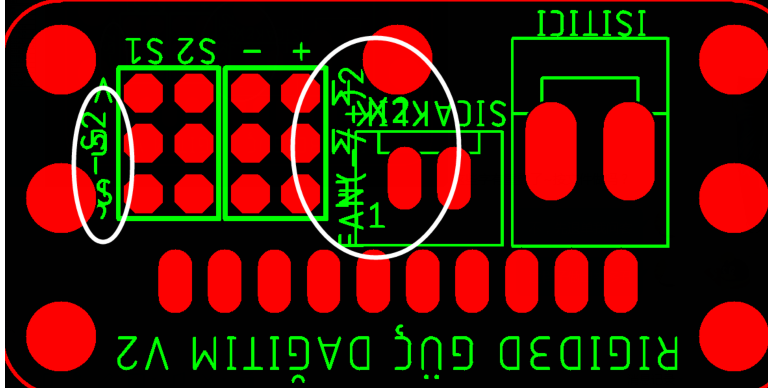 4. The Character Design not in a Appropriate Size

If it is too small, causing the difficulty of screen printing, or it will be printed out not clearly at all. Or it is too large,this will make the characters overlap each other, and difficult to distinguish it.

1) Single-sided pads are generally not drilled. If the holes are to be marked, the aperture should be designed to be zero. If a numerical value is designed such that when the drilling data is generated, the coordinates of the hole appear at this position, and a problem occurs.

2) Single-sided pads such as drilled holes should be specially marked.

Draw a pad with a pad to pass the DRC check when designing the line, but it is not suitable for processing. Therefore, the pad cannot directly generate solder resist data. When the solder resist is applied, the pad area will be covered by the solder resist, resulting in the device is difficult to solder.

7. The Electric Ground Layer is a Flower Pad and a Connection

8. The Definition of Processing Level is not Clear

1) The single-panel design is in the TOP layer. If you do not explain the positive and negative, the board may not be soldered.

2) For example, a four-layer board design uses four layers of TOP mid1 and mid2 bottom, but the processing is not performed in this order, which requires explanation, otherwise it will be made incorrectly.

9. Too Many Filler Blocks in the Design or Filled Blocks Filled with very Thin Lines

This is for the on-off test. For a surface-mount device that is too dense, the spacing between the two legs is quite small, and the pads are quite thin. The test pins must be mounted up and down (left and right), such as pads. The design is too short, although it does not affect the device installation, it will make the test pin wrong.

11. The Spacing of Large Area Grid is too Small

The edge between the large-area grid lines and the same line is too small (less than 0.3mm). During the manufacturing process of the printed board, the image transfer process is likely to cause a lot of broken film to adhere to the board after the completion of the shadow, causing the broken line.

12. The Distance Between the Large Area of Copper Foil and the Outer Frame is too Close.

13.  The Shape of the Border Design is not Clear

Some customers have designed outline lines in Keep layer, Board layer, Top over layer, etc. These outline lines do not overlap, which makes it difficult for PCB manufacturers to judge which outline line is subject to. And some customers add routing big in the gko layer, without define the board shape based on middle of the routing or inner edge of the board routing.

Some designs with uneven graphic,In the case of pattern plating, the plating is uneven and affects the quality of the boards.

15. Apply Grid Lines when the Copper Area is too Large to Avoid Foaming During SMT.

When the copper area is too large in one board, it is suggested to apply grid lines on that areas so as to avoid the risk of foaming in the board during assembly.