I think every engineer knows resistor. And there is a saying goes “Resistance is the most commonly used element in electronic circuits.”

Resistance in a circuit is represented by "R" plus a number, e.g., R1 represents a resistance numbered 1. The main functions of resistance in the circuit are shunt, current limiting, partial pressure, offset, etc. 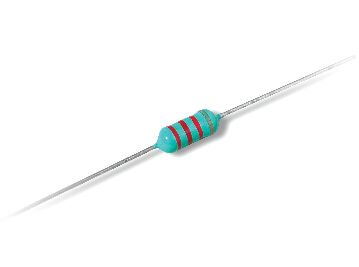 The identification method of capacitance is basically the same as that of resistance. There are three methods: direct marking, color marking and number marking. 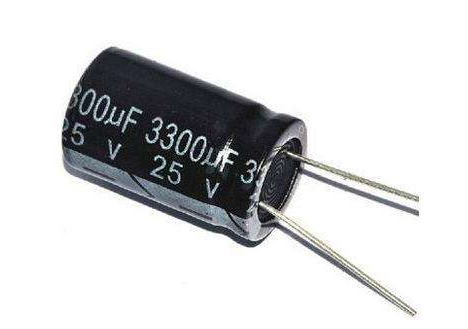 A crystal diode is usually represented by a "D" plus a digital representation in a circuit. For example, a D5 represents a 5 diode.

Due to the above characteristics, the diode is often used in rectifying, isolating, stabilizing, polar protection, coding control, frequency modulation and static noise in cordless telephones. The crystal diodes used in the telephone can be divided into: rectifier diodes (such as 1N4004), isolation diodes (such as 1N4148), schottky diodes (such as BAT85), light emitting diodes, and voltage stabilizer diodes.

Identification of a diode is very simple, small power diode N pole (cathode), in the diode looks mostly adopts a circular color standard, some diodes also use special symbols to represent a P (positive) or N (cathode), also have use symbols for "P", "N" to determine of polarity of the diode. The positive and negative poles of the led can be identified from the length of the pin, the long foot is positive and the short foot is negative. 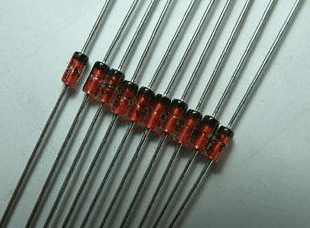 A voltage-stabilizing diode, also called a zener diode, is a semiconductor device that has high resistance until the critical reverse breakdown voltage. 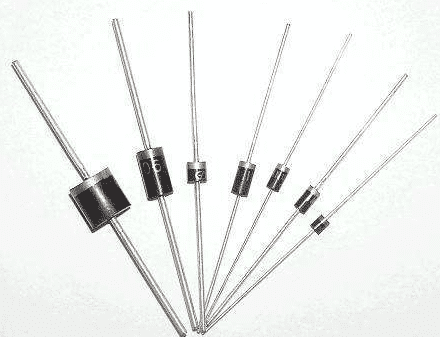 Inductance is usually represented by "L" and numerals in a circuit. For example, L6 represents inductance numbered 6. Inductor coil is made by winding the insulated wire around a certain number of circles on the insulated frame.

The direction of the self-induced electromotive force is opposite to the direction of the applied voltage, which hinders the passage of the ac. Inductance can form an oscillating circuit with capacitance in a circuit. The inductance usually has the direct mark method and the color mark method, the color mark method and the resistance similar. For example, brown, black, gold and gold represent the inductance of 1uH (5% error). 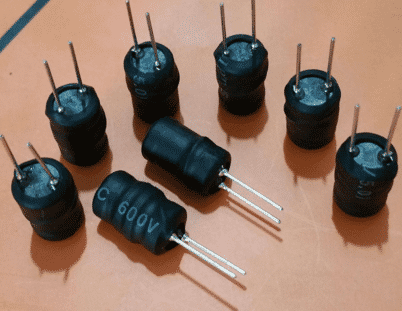 Variable-capacitance diode, also known as variable reactance diode. It is a kind of diode based on the dependence and principle of p-n junction capacitance (potential barrier capacitance) and its reverse bias voltage Vr. Its structure is shown in the figure on the right.

Tube-capacitance diode is a special diode specially designed according to the principle that the junction capacitance of "PN junction" in a common diode varies with the applied reverse voltage.

(1) when leakage occurs, the high-frequency modulation circuit will not work or the modulation performance will be poor.

Transistor transistor, one of the basic components of semiconductor, has the function of current amplification and is the core component of electronic circuit. The triode is to make two PN junction very close to each other on a semiconductor substrate. The two PN junction divide the normal semiconductor into three parts, the middle part is the base area, and the two sides are the transmitting area and the power collection area. PNP and NPN can be arranged in two ways.

The crystal triode is commonly used in the circuit "Q" and digital representation, such as: Q17 for the number 17 triode.

The crystal triode (transistor for short) is a special device with two PN junction inside and amplifying capability. It is divided into two types, NPN and PNP. These two types of transistors can make up for each other in terms of working characteristics. The PNP triode commonly used in the telephone is A92, 9015 and so on. NPN triode: A42, 9014, 9018, 9013, 9012 models.

A field-effect transistor is a model of transistor. It is commonly used for weak-signal enlargement. And can also be called uni - polar transistor, with higher input obstruction (108 ~ 109 Ω), lower unpitched sound, low capacity using up, big dynamic scope, easy to integrate. The device can amplify analog or digital signals. It can also switch DC or function as an oscillator.

A sensor is a physical device or biological organ that can detect and sense signals from the outside world, physical conditions (such as light, heat, humidity) or chemical composition (such as smoke), and transmit the detected information to other devices or organs.

The function of sensor is to convert one kind of energy into another form of energy, so many scholars also use "Transducer -Transducer" to refer to "Sensor -Sensor". 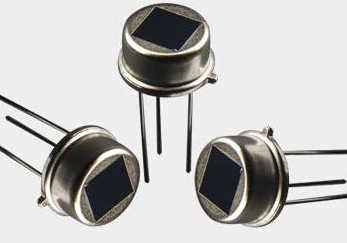 Transformer is a device that USES the principle of electromagnetic induction to change the ac voltage. Its main components are primary coil, secondary coil and iron core.

In electrical equipment and wireless circuit, it is commonly used as lifting voltage, matching impedance, safety isolation and so on. In a generator, whether the coil moves through magnetic field or magnetic field through a fixed coil, the electric potential can be induced in the coil.