Let me introduce the differences and characteristics of common gold plating processes for PCBs and connectors to answer your doubts.

In the PCB and connector industry, the plating process associated with us. Mainly divided into two categories: electrolytic plating (hereinafter referred to as electroplating) and electroless plating.

Electroless plating: a process in which a metal ion is continuously reduced to a metal atom deposited on a surface of a substrate to form a metal plating layer, without relying on an external power source in the aqueous solution, and only by a reducing agent in the plating solution.

Comparison between electroless plating and electroplating

Electrolytic Nickel/Gold is the originator of PCB surface treatment and has been around since the PCB appeared. It is coated with a layer of nickel on the surface conductor of the PCB and then coated with a layer of gold. The principle is that after disposing the nickel liquid separately, gold (commonly known as gold salt) is dissolved in the chemical syrup, and the pre-processed circuit board is immersed in the electroplating cylinder (nickel-plated cylinder/gold-plated cylinder) and the current is applied to the circuit board. Nickel/gold plating is formed on the surface of the copper foil. The electroplated nickel gold is widely used in electronic products due to its high hardness, wear resistance and oxidation resistance.

The full name of ENIG is Electroless Nickel/Immersion Gold, which is called chemical nickel gold in Chinese.

The advantage is that you can attach "nickel" and "gold" to the copper skin without using complicated power supply devices (rectifiers), and the surface is flatter than electroplated nickel/gold. This is the increasingly shrinking electronic parts and requirements. Components with high flatness are especially important.

The ENIG process is generally subjected to pickling, microetching, activation, electroless nickel plating, cleaning, immersion gold, etc. The key step is auto-catalytic nickel plating on the copper pad, generally by parameters such as temperature, pH and additive concentration. To control the thickness of the nickel plating layer; then, using the activity of the plated fresh nickel, the nickel-plated pad is immersed in acidic gold water, and the gold is displaced from the solution to the surface of the solder layer by chemical displacement reaction, and part of the surface is Nickel is dissolved in the gold water, so that the replacement reaction is automatically stopped as long as the gold is replaced by the replacement gold, and the ENIG process is finished after the dirt and the syrup remaining on the surface of the pad are finally cleaned.

The program, which uses a larger current and a thinner liquid bath, first forms a thinner, but thinner, gold-plated layer on the surface of the nickel layer to facilitate subsequent plating of gold-nickel or gold-cobalt alloy. Conveniently.

Because "Flash Gold" lacks the subsequent gold plating procedure, its cost is much cheaper than real gold plating, but because its "gold" layer is very thin, it generally cannot cover all the nickel layers under the gold layer effectively. It is also more likely to cause the problem of oxidation after the board is stored for too long, which in turn affects the solderability.

About "hard gold" and "soft gold" 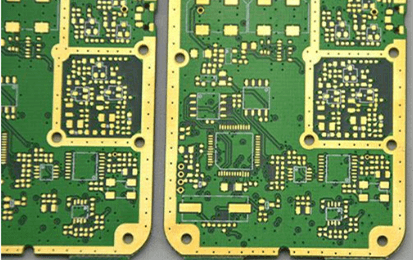 Electroplated hard gold is actually a plating alloy (containing cobalt, nickel and other elements, element content ≤ 0.2%), so the hardness will be harder, suitable for use in places where force and friction are required, and is generally used as a connector in the electronics industry. Contact surface, board edge contact point of the board (commonly known as "golden finger").

Because it is the principle of replacement, ENIG's gold-plated layer is classified as "pure gold", so it is often classified as a kind of "soft gold".

Most of the electronic connectors, the terminals must be surface treated, generally refers to electroplating. There are two main reasons: First, protect the terminal reed substrate from corrosion. Most connector reeds are made of copper alloy and are usually corroded in the environment of use, such as oxidation, vulcanization, etc. The second is to optimize the performance of the terminal surface, establish and maintain the contact interface between the terminals, especially the film layer control. In other words, it makes it easier to achieve metal-to-metal contact.

Nickel plating has a blocking effect on the migration or diffusion between gold and copper, the latter being especially preferred. The nickel underlayer is the primary factor to consider for precious metal plating. Through the positive oxide surface, nickel provides an effective barrier that blocks the substrate and pores, reducing the potential for pinhole corrosion and providing a hard layer under the precious metal plating The support layer improves the life of the coating.

In the electroplating process, gold nucleates on a number of stains that are exposed on the surface to form a porous electroplated surface. The porosity of the gold plating has a certain relationship with the thickness of the coating. Below 0.38 μm, the porosity rapidly increases. Above 0.76 μm, the porosity is very low. Porosity and substrate defects, such as inclusions, laminates, stamping marks, improper stamping, etc., also have a relationship.

4. Summary: How to choose a gold plating process

ENIG is currently the most widely used on board surface treatment. However, ENIG also has its own weaknesses, especially for dense QFP/SOP/small PAD or BGA. If the process control is not good, the nickel surface will be corroded and the pad blackening will occur (also known as black pad, black nickel, Nickel corrosion) phenomenon. Regarding how to avoid it, please refer to the reading of "Black Disk" for PCBs that bring huge losses to enterprises.

Most of the connector terminals are made of electroplating gold. The thickness of the gold plating depends on the product life and environmental application requirements. Due to the high cost of gold, it is often of concern to choose the appropriate thickness.

The thickness of the coating directly affects the life of the connector. The industry has carried out relevant plug-and-pull tests to demonstrate the relationship between coating thickness and life. A test data is a 0.635 cm diameter terminal with a friction distance of 1.27 cm and a positive force of 100 g per cycle. 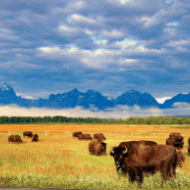