Via is one of the important components of a multi-layer PCB. The cost of drilling is usually 30% to 40% of the cost of PCB board.

Vias can be divided into two categories: one for electrical connection between layers and the other for mounting or positioning of the device.

In terms of process, vias can generally be classified into three types, namely, blind vias, buried vias, and through holes.

Blind vias: Blind vias are located on the top and bottom surfaces of the printed circuit board, with a certain depth for the connection of the surface line and the underlying inner line. The depth of the hole usually does not exceed a certain ratio (aperture).

Buried vias: Buried vias refer to the connection hole located in the inner layer of the printed circuit board, which does not extend to the surface of the circuit board.

Through holes: throug holes pass through the entire circuit board and can be used to implement internal interconnections or as mounting holes for components. Since the via is easier to implement in the process and lower in cost, most printed circuit boards use it instead of the other two vias.

A via is mainly composed of two parts, one is a drill hole in the middle, and the other is a pad area around the hole. The size of the two parts determines the size of the hole. Obviously, in high-speed, high-density PCB design, designers always want the smaller the via, the better, so that more wiring space can be left on the board. In addition, the smaller the via, its own parasitic capacitance. The smaller, the more suitable for high speed circuits.

The reduction in hole size also leads to an increase in cost, and the size of the via hole cannot be reduced indefinitely. It is limited by the process techniques such as drilling and plating: the smaller the hole, the hole is drilled. The longer it takes, the easier it is to deviate from the center position; and when the depth of the hole exceeds 6 times the diameter of the hole, there is no guarantee that the hole wall will be uniformly plated with copper. For example, the thickness of a normal 6-layer PCB (through-hole depth) is about 50Mil, so PCB manufacturers can provide a minimum diameter of 8Mil.

During the design process, we can try to follow the below stanards:

1. Consider about the cost and signal quality, choose a reasonable size of the via size. For example, for 6-10 layer memory module PCB design, 10/20Mil (drill/pad) vias are better. For some high-density small-size boards, try 8/18Mil. hole. Under current technical conditions, it is difficult to use smaller size vias. For vias for power or ground, consider using larger sizes to reduce impedance.

2. the two formulas discussed above can be concluded that the use of a thin PCB board is beneficial to reduce the two parasitic parameters of the via.

3. The signal traces on the PCB should not be changed as much as possible, that is, try not to use unnecessary vias. 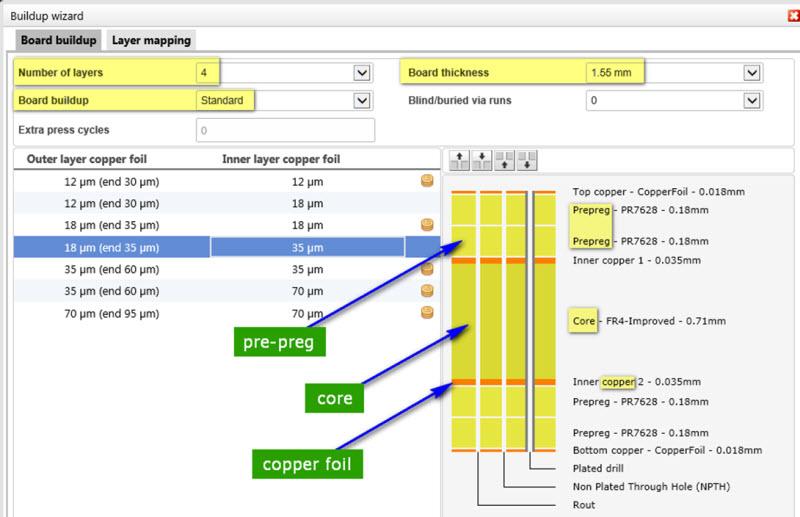 5. Place some grounded vias near the vias of the signal-changing layer to provide the most recent loop for the signal. It is even possible to place a large number of redundant ground vias on the PCB. Of course, you need to be flexible in design.