Some Knowledge of Capacitors

Capacitors are used in energy-storing devices such as TVs, radios, and other kinds of electronic equipment

Capacitors are small devices used to store electric charges and consist of one or more pairs of conductors separated by an insulator. They’re mainly used in energy-storing devices such as televisions, radios, and other kinds of electronic equipment — basically, they’re everywhere in our daily lives. When you tune a radio into a station, take a flash photo with a digital camera, or change the channel on your HDTV, you’re making use of capacitors. 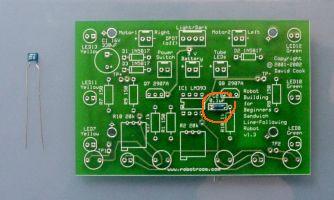 Here are 14 facts on this everyday technology.

1. A capacitor is a circuit component made of two conducting surfaces (plates) separated by a dielectric (non-conducting insulator) material.

2. Capacitor shapes are either flat or rolled (cylinder).

3. The Leyden jar was the first capacitor created, invented in 1945 by Pieter van Musschenbroek.

4. A capacitor’s conducting surfaces are made of different materials, including a thin film of conductive metal or aluminum.

6. Capacitors with higher capacitance values are made from materials with a higher dielectric constant.

9. A capacitor can absorb energy from a circuit and store it temporarily. The capacitor can then later return the energy to the circuit.

10. Capacitors discharge very slowly, but many can store a charge for years.

11. Handling a charged capacitor in the wrong way can result in burns or even death, especially if the capacitor is large.

12. A capacitor is discharged slowly when a resistor is connected to each leg. The resistor must be rated for the same or higher voltage than the capacitor can store for this method of discharge in order to work safely.

13. Capacitors are measured in a unit called farads, named after the scientist Michael Faraday. This measure is also known as capacitance.

14. Supercapacitors made with graphene as the conducting plate are capable of storing a charge similar to lithium-ion batteries.