PCBs being tested as claimed 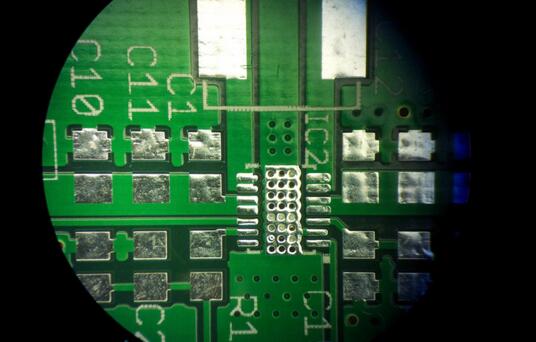 Florin ordered some PCBs from Iteadstudio, a pcb prototyping service. As part of their service, they claim that all PCBs are tested before they are delivered. However, many have been bringing this claim into question. [Florin] found a complete lack of any markings indicating actual probes had been used on his boards. Though they claim that 100% of the boards are e-tested, they replied to his inquiry somewhat cryptically.
All of the pcb’s have a stripe on the edge,it does not mean they have all been electrically tested ,it is the same as outline .
People on the Dangerous Prototypes Forum have been finding similar results. The company has commented, on this page, that that they will be responding to this soon (back in February)