PCB Board Warpage Reasons and Treatment

PCB Board Warpage Reasons and Treatment 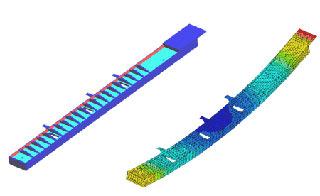 
1. Prevent the substrate from being warped due to improper inventory

If the PCB pattern of the conductive circuit is not balanced or the circuit on both sides of the PCB is obviously asymmetrical, one side has a large area of copper, which forms a large stress, causing the PCB to warp. The processing temperature is high or large in the PCB process. Shocks and the like can cause the PCB to warp. For the impact of improper boarding stocks, the PCB factory is better able to solve the problem, improve the storage environment and eliminate vertical and avoid heavy pressure. For PCB boards with a large area of copper, it is best to mesh the copper foil to reduce stress.

4. When wave soldering or dip soldering, the solder temperature is high and the operation time is long, which will increase the substrate warpage. For the improvement of the wave soldering process, the electronics assembly factory needs to cooperate.

Since stress is the main cause of substrate warpage, if the copper clad board is used before the board is put into use, it is also considered that this method is beneficial to reduce the warpage of the PCB board. 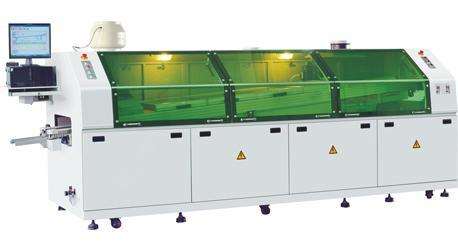 In the PCB process, the plate with a relatively large warpage is picked out and leveled by a roll-type leveler, and then put into the next process. Many PCB manufacturers believe that this practice is effective for reducing the warpage ratio of PCB finished boards. 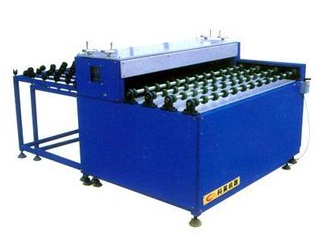 For completed, the warpage is obviously out of tolerance, and the PCB can not be leveled by the roll-type leveling machine. Some PCB factories put it into a small press (or similar fixture) to press the warped PCB board. Staying for a few hours to ten hours for cold pressing and leveling, from the practical application, the effect of this practice is not very obvious. First, the effect of leveling is not great, and the other is that the flattened board is easy to rebound (ie, the warpage is restored).

Some PCB factories will heat the small press to a certain temperature, then heat-press the flattened PCB board, the effect will be better than the cold pressure, but if the pressure is too large, the wire will be deformed; if the temperature is too high It will produce defects such as discoloration of pine perfume and its discoloration. Moreover, whether it is cold press leveling or hot press leveling, it takes a long time (a few hours to a dozen hours) to see the effect, and the proportion of warpage bounce of the flattened PCB board is also high. Is there a better leveling method?

According to the mechanical properties of polymer materials and many years of work practice, this paper recommends the hot stamping and flattening method of bow mold. According to the area of the PCB to be leveled, a simple bow mold (see Figure 1) is used. Here, two types of leveling operations are proposed.

a. Clamp The Warped PCB Board Into The Bow Mold And Put It into The Oven Baking And Leveling Method:

The warped PCB board is curved to face the curved surface of the mold, and the fixture screw is adjusted to deform the PCB board in the opposite direction of the warpage, and then the mold with the PCB board is placed in an oven heated to a certain temperature to be baked. Bake for a while. Under the heated condition, the substrate stress gradually relaxes, and the deformed PCB board is restored to a flat state. However, the baking temperature should not be too high, so as to prevent the pine perfume from changing color or the substrate turning yellow. However, the temperature should not be too low, and it takes a long time to completely relax the stress at a lower temperature.

Because the leveling effect is obvious. The advantage of flattening with the bow mold is that the investment is very small. The ovens are all available in the PCB factory. The leveling operation is very simple. If the number of warped plates is relatively large, it is enough to make a few bow molds. You can put them in the oven once. A few molds, and the drying time is relatively short (about tens of minutes), so the leveling work efficiency is relatively high.

b. The PCB Board is Softened And Then Clamped into The Bow Mold to Press And Level The Method:

For the PCB board that has been sprayed with pine perfume, the baking temperature should not be too high.) Bake for a certain period of time, then take a few sheets to a dozen sheets, clip into the bow mold, adjust the pressure screw, and make the PCB board slightly The warping is deformed in the opposite direction. After the plate is cooled and shaped, the mold can be unloaded and the flattened PCB board can be taken out.

The warpage of the PCB board after the flattening of the bow mold is low; even after wave soldering, it can basically maintain a flat state; the influence on the appearance color of the PCB board is also small.

PCB board warpage is a headache for PCB manufacturers. It not only reduces the yield but also affects the delivery time. If the arc-shaped mold is used for thermal leveling, and the leveling process is reasonable and suitable, the warped PCB board can be leveled to solve the problem of delivery time.