Not only does this mood lamp which J. Sutton built look great, but we love the modular design he adopted when building the circuit boards. 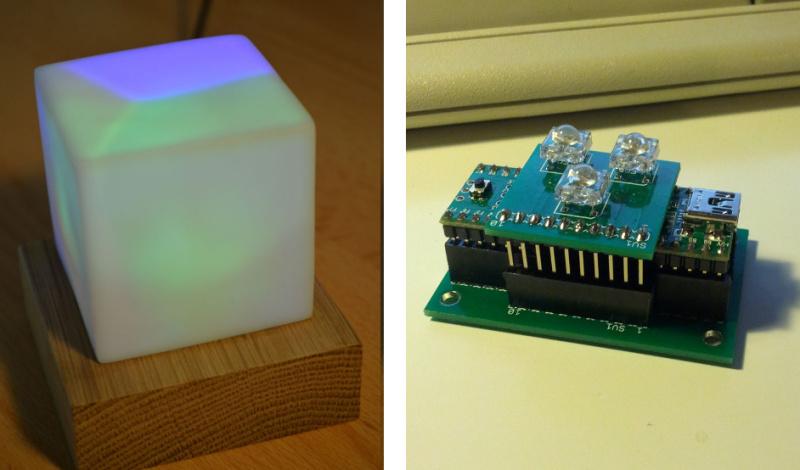 If you’re building something that is going to sit on your desk for some time it just has to look good. We think that he achieved that, using a small block of oak as the base, and a cloudy white cube of unknown origin as a diffuser. Notice that the different colors are not mixed. There’s a baffle inside the diffuser that keeps them separate as early testing showed any combination of intensities was resulting in nearly the same shade of color.
The part we really like is the modular design of his circuit boards. The project is based around a Teensy++ 2.0 board. He first built a PCB baseboard which feature two SIL sockets to accept the legs of the Teensy. There is a third SIL socket which accepts some long legs from the LED host board, letting it perch on top of the Teensy.