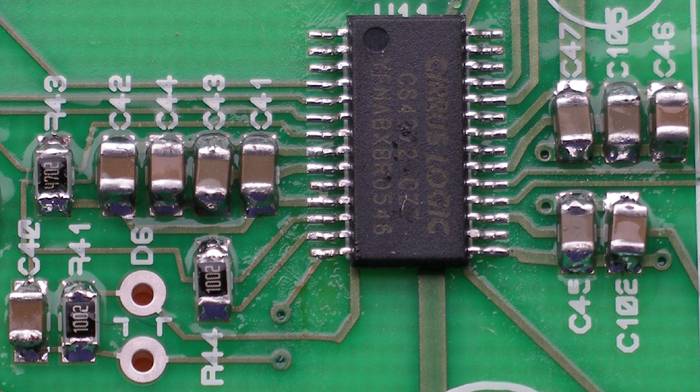 Parts fail and things break. It's a fact of life and engineering. Some component failures can be avoided by good design practices, but many are out of the hands of designers. Identifying the offending component and why is might have failed is the first step to refining the design and increasing the reliability of a system that has been experiencing component failures.
How Components Fail
There are numerous reasons for why components fail.
Some failures are slow and graceful where there is time to identify the component and replace it before it fails completely and the equipment is down. Other failures are rapid, violent, and unexpected, all of which are tested for during product certification testing. Some of the most common reasons for components to fail include:
Over current
Over voltage
Over temperature
Connected incorrectly
Change in operating environment
Manufacturing defect
Mechanical shock
Mechanical stress
Radiation
Contamination
Packaging
Connections
Aging
Cascading failure
Corrosion
Rusting
Oxidizing
Thermal runaway
Loose connections
ElectroStatic Discharge (ESD)
Electrical stress
Bad circuit design
Component failures do follow a trend. In the early life of an electronic system, component failures are more common and the chance of failure drops as they are used. The reason for the drop in failure rates is that the components that have packaging, soldering, and manufacturing defects often fail within minutes or hours of first using the device. This is why many manufacturers include a several hour burn in period for their products.
This simple test eliminates the chance a bad component can slip through the manufacturing process and result in a broken device within hours of the end user first using it.
After the initial burn in period, component failures typically bottom out and happen randomly. As components are used or even just sit, they age.
Chemical reactions reduce the quality of the packaging, wires, and the component, and mechanical and thermal cycling take their toll on the mechanical strength of the component. These factors cause failure rates to continuously increase as a product ages. This is why failures are often classified by either their root cause or by when the failed in the life of the component.
Identifying a Failed Component
When a component fails there are a few indicators that can help identify the component that failed and aid in troubleshooting electronics. These indicators are:
Visible
-The most obvious indicator that a specific component has failed is through a visual inspection. Failed components often have burnt or melted areas, or have bulged out and expanded. Capacitors are often found bulged out, especially electrolytic capacitors around their metal tops. IC packages often have a small hole burned in them where the hot stop on the component vaporized the plastic around the hot spot all the way through the IC package. 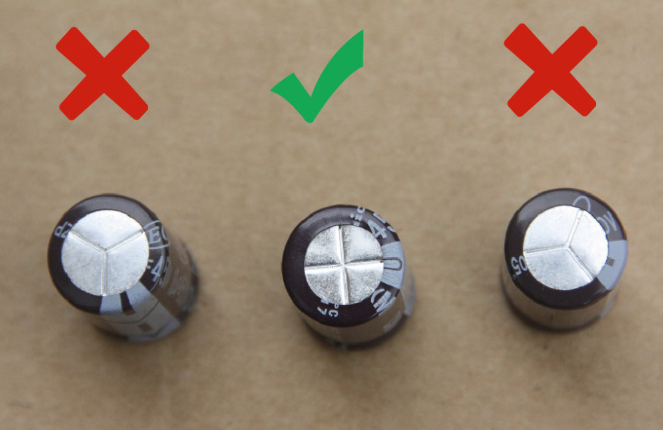 Sound
- Sometimes components make a sound when they fail. This happens more often with rapid thermal failures, over voltages, and over current events. When a component fails this violently, a smell often accompanies the failure. Hearing a component fail is rarer, and it often means that pieces of the component will be found loose in the product so identifying the component that failed may come down to finding which component is no longer on the PCB or in the system.
Testing
- Sometimes the only way to identify a component that has failed is to test individual components. This can be very challenging on a PCB since often other components will influence the measurement since all measurements involve applying a small voltage or current, the circuit will respond to it and readings can be thrown off. If a system uses several subassemblies, often replacing subassemblies is a great way to narrow down on where the issue with the system is located. 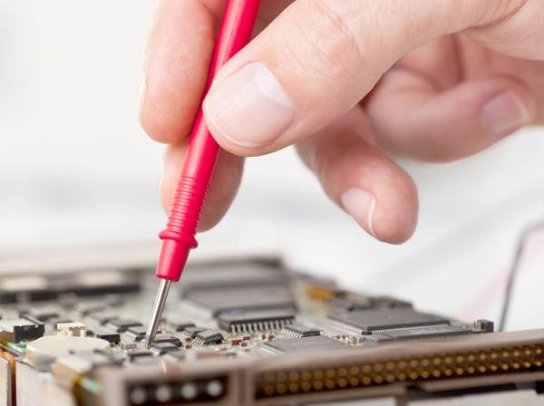