Organizing your parts into partitions based on part type is a major step in organizing your library, but properly labeling each component in a partition is also critical for rapid identification. A part in your library’s labeling information should include everything necessary for a user to identify the part. Let’s take a look at how various components in the Optimum Library are named.

Optimum’s footprint naming standard is based on IPC7351B naming conventions for SMD components. Some additional conventions have been added, as IPC standards have some limitations. First let’s take a look at the baseline rules for naming footprints.

Many resistors, capacitors, and inductors will be included in a library. A best practice is to leave these components within the library in generic form, meaning they have no manufacturer part number associated with the footprint. Lack of MPN means height measurements do not exist, so heights for these components is based on the following sources. 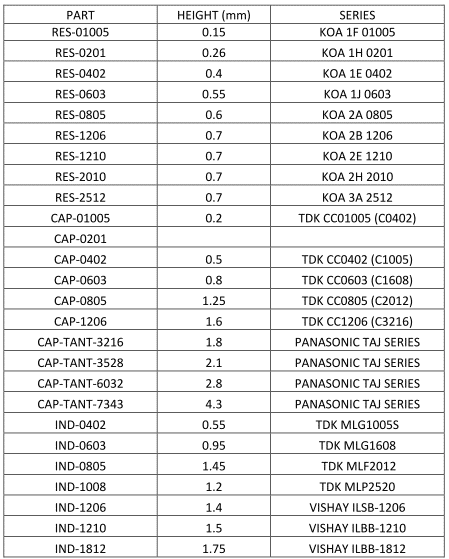