1.How do you understand the concept of broken copper and floating copper?

2.What is the relationship between the line width and the size of the vias on the PCB and the amount of current that is passed?

A typical PCB has a copper foil thickness of 1 ounce. Approximately 1 mil, the maximum current allowed for a line width of 1 mil is 1 A. The via hole is more complicated, in addition to the size of the via pad, and also related to the thickness of the copper wall after plating.

3.How to deal with some theoretical conflicts in actual wiring?

In actual wiring, basically, it is correct to isolate the analog/digital division. It should be noted that the signal trace should not cross the moat as much as possible, and do not let the return current path of the power supply and signal change too much. The crystal oscillator is an analog positive feedback oscillator circuit. To have a stable oscillation signal, the loop gain and phase specifications must be met. The oscillation specifications of the analog signal are easily disturbed, and even ground guard traces may not completely isolate the interference. And too far away, the noise on the ground plane will also affect the positive feedback oscillator circuit. Therefore, be sure to keep the distance between the crystal and the chip as close as possible. There are many conflicts between high-speed wiring and EMI requirements. However, the basic principle is that the electrical resistance of the EMI or the ferrite bead cannot cause some electrical characteristics of the signal to fail to meet the specifications. Therefore, it is best to use the techniques of routing and PCB stacking to solve or reduce EMI problems, such as high-speed signals going inside. Finally, use resistors or ferrite bead to reduce the damage to the signal. 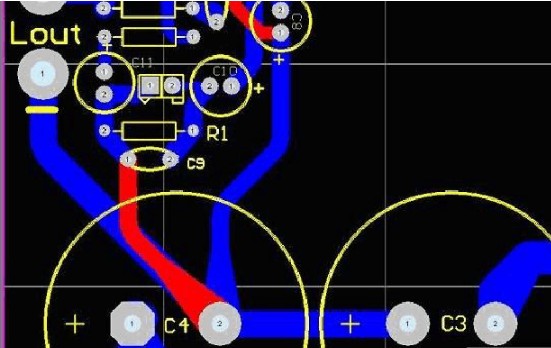 4.How is the differential wiring method implemented?

5.How to solve the contradiction between manual wiring and automatic wiring of high-speed signals?

Most of the autorouters of the current wiring software have set constraints to control the winding method and the number of vias. The EDA company's winding engine capabilities and constraints are sometimes far from being set. For example, is there a sufficient constraint to control the serpentine, whether it can control the spacing of the differential pairs, and so on. This will affect whether the routing method that is automatically routed can meet the designer's ideas. In addition, the difficulty of manually adjusting the wiring is also absolutely related to the ability of the winding engine. For example, the ability to push the line, the ability to push through the hole, and even the ability of the wire to push the copper. Therefore, choosing a router with a strong winding engine is the solution.