The common PCB dielectric constant (refer as DC for the following essay) we use is FR-4, the constant value is 4.2-4.7, which changes with the temperature change. The maximal change may up to 20% within 0-70 degrees centigrade. The DC change will lead to the signal transmission change, The higher the temperature is, the bigger the delay would be. The DC value will also change with signal frequency, the higher the frequency is, the lower the value will be. For any PCB with 100M transmission frequency, we can evaluate the board capacity and delay. 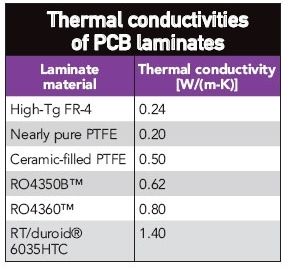 However, due to the combined function of equivalent series inductance and resistor, there is a resonance point among 24M and 200M, in which there is a maximal impedance control value that bigger than individual capacity one.

Increasing the ESR will tend to make the overall impedance to a close value. In the frequency band below 24M and in the frequency band above 200M, the impedance will be added, while in the 24M and 200M bands, the impedance will decrease. So just think about the frequency band of the board switching noise. Some foreign planning boards have a few ohms of resistance on a small capacitor (680pF) when the capacitors are connected in parallel, which is probably due to this kind of thinking. (From the above parameters, the on of the 1nF capacitor is 10 times the Q value of the 100nF capacitor. Since there is no detailed equivalent string sense and ESR value from the manufacturer at hand, the above parameters are estimated based on the data seen in the past.

But the error is probably not too big. In the past, the data seen in many places are 1NF and 100nF ceramic capacitors with resonant frequencies of 100M and 10M, respectively. Think about the L of the chip capacitor is much smaller, but did not find a firm value, press it for convenience. 0.5nH accounting. If we have a detailed and reliable value, we also expect to be able to send it up) The dielectric constant (Dk, ε, Er) determines the speed at which the electrical signal is transmitted in the medium. The speed of the electrical signal is inversely proportional to the square root of the dielectric constant.

It can be seen that for high-speed and high-frequency applications, the most ideal material is an air medium wrapped in copper foil with a thickness tolerance of +/-0.00001". As a data development, we are all in this direction, such as the Arlon patent. The Foamclad developed is very suitable for the use of base station antennas.

This type of information is an excellent choice for low-cost wireless applications where the operating frequency is below 3 GHz. The MAX2242 evaluation board uses a 4-layer FR4 with a dielectric constant of 4.5 and an insulating layer thickness of 6 mil and 1 oz copper. When planning a low-impedance circuit with an output impedance of approximately (8 j5) at 2.45 GHz like the MAX2242, a 0.5nH inductor can generate an inductive reactance of 8. The inductive reactance of 8 is equivalent to a dielectric constant of 4.5 and a thickness of 6 mils. The impedance of the 60 mil x 10 mil microstrip line on the FR4 printed circuit board.

Here is the formula for resonant frequency: f=1/(2*3.14159*SQRT(L*C), this is the common formula used by the engineer to calculate before the PCB fabrication.