Cheap Imports Is Not Equal To Quality PCB Craftsmanship

Saving Money on Cheaply Created PCB Imports Can Cost You
In order to reduce the cost of any particular project, many developers will buy components from the cheapest supplier. While this can reduce the overall cost of a project, it can also reduce the overall quality. If you’re concerned with developing an image and reputation for quality craftsmanship, the use of an inferiorprinted circuit boardcould be damaging.
Cheap and Hazardous
Some manufacturers may use inferior metals and compounds in order to reduce the development costs of printed circuit board components. Coincidentally, some of these materials are also toxic to life as we know it. Some of the more common elements include mercury, lead and cadmium. Restriction of Hazardous Substances compliance allows developers to feel at ease knowing the PCBs they are handling are not toxic.
Cutting Corners for Testing
Another way that some manufacturers reduce the cost of craftsmanship is by not conforming to specific tests completed on products. Instead of putting a product through rigorous testing, some companies opt to only test overall functionality. While this proves that a product may or may not work, it doesn’t test important factors for the continued use of that unit.
How Cheaply Created PCBs Can Cost You
Throughout the years, several large companies have been negatively affected because of an inferior product that didn’t perform to consumer satisfaction. This can affect your company as a whole even if your project utilizes just a small device operated by a cheap PCB.
A popular brand of laptop received negative feedback due to the fact that the built-in mouse was poorly designed from cheaper alternatives that began to fail a few months after being used. Although the laptop mouse itself was developed by a third party, the popular brand was still the focus of the negativity. Because the company used a cheaper product within the laptop design, the company had to switch to a more reliable mouse developer after manufacturing and recalling a large number of units.
The above example is only a single instance of how a cheap unit could cost you money. If you were the first mouse developer, you would have lost a lucrative contract as your technology is no longer being purchased by the laptop manufacturer. A cheaply designed product could ruin future sales as well as dissuade other clients from using your technology. Information has a way of going viral on the Internet, and it wouldn’t take long for negative feedback to damage your current and future customer relations.
Starting Out Right With Quality PCBs
Before you decide on purchasing cheap imports in order to reduce the overall costs of your projects, consider that there is a reason these products are cheap. Whether it is poor manufacturing, neglecting compliance and testing, or using inferior components, those cheap PCBs could cost you more than you realize. Reputation, replacements, recalls and other consequences can take up more of your money than it would have cost to simply use a superior product. 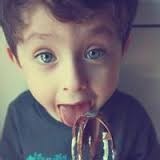